I was born and brought up in Rochdale, to Irish Catholic parents, the middle of 5 boys. After leaving school I went into seminary and was ordained in St John The Baptist in Rochdale.  My interests are music, art and the technical side of making and recording music.

I'm a Parish Priest here at St Patricks, Collyhurst in the Diocese of Salford.  My parish is a thriving one, and being a City parish is certainly a multicultural community, with people who bring all kinds of gifts to us.   I'm still getting up to all kinds of mischief.  From making radio shows, to live streaming through the great lockdown of 2020!  I love my work as a priest, and every day brings something different.  How often do I find myself in situations, where I say to myself,  “they didn’t worn me about that in seminary!  Keep on tuning in, and if you have any ideas for a show, please get in touch.

Catholic singer, songwriter and poet Gerry is the creative drive behind the Radio. "My mission is to create a Catholic Arts industry within the Church to encourage the many talented people of all ages and arts genre." He has already published over 3,000 new poets and created a mobile art exhibition, with over 350 works. The Radio is the latest of his projects. He loves performing his own songs and poetry live and has an extensive knowledge of music.

His hero is Bob Dylan.

Originally I was trained as a physicist and spent many years in the Civil Service in a variety of roles. I’m now a professional musician, singer and entertainer, focusing mainly on radio and, more rarely, live appearances. I often include one of my own songs in a show.

I am a Catholic, mother of 3 children and was a secondary school teacher of English. I love to write poetry, listen to music, and have always been a keen photographer. Volunteering in Radio is a passion, and playing the congas at Christian events is fantastic, too. I am a member of the Healing Team at New Dawn, which is a wonderful opportunity and blessing. I know that worshipping - and thanking God through music, prayer and praise - is an amazing privilege. 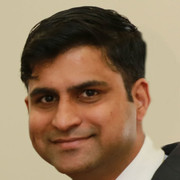 I was born and raised in Goa (former Portuguese colony and now part of India), currently based in West London. My faith is “work in progress”- guess a lifelong journey. I have always been fascinated by the Catholic faith thanks to my Don Bosco schooling. Besides broadcasting I love swimming, cricket, travelling, music, cooking, theology, current affairs, musicals, stand-up comedy, my lazy time and attending Mass.

Although a novice at radio, via ‘Talking faith’ I wish to connect with ordinary men and women within the Catholic faith, other faiths and examine issues affecting both Church and society.

I'm a quantity surveyor and ex-graduate from the University of Surrey and I've been part of the Heavens Road team for a while now. I have a passion for reading, writing and being creative with words! I like to vary what I do and so on the radio you may hear me in programmes about poetry, Christian gospel music, apologetics, meditational readings and plenty more.

I prefer summer over winter, dogs over cats, and The Rolling Stones over The Beatles! In my spare time I like to play the guitar, listen to music, watch football, being active and hang out with friends.

I’m a Norfolk-born mother and grandmother - Convent educated, including Elocution.  I pray that the Christian themes I record will bring hope, love, peace and joy to our listeners and draw them closer to Jesus Christ and his Father through the Power of the Holy Spirit.  I usually choose from material which I already love and I hope that sharing these pieces will touch and enrich their lives.

“We met through our church in Eltham in Oct 2010 and, with a few other musicians, have been playing music together at Mass ever since. We formed The Celtic Hearts to play traditional Irish music as a hobby. The vast majority of the songs we play on air are played and sung live in one take (spot the deliberate mistakes!).

We are both former teachers now doing other things, both married with 9 children between us!"

Island of Saints was inspired by Edmund Campion's martyrdom speech where he called Britain the Island of Saints and the most blessed child of the See of St Peter. This really captured my imagination....

I was inspired by New Dawn and with powerful encouragement from the Holy Spirit (and Mary) I became Catholic. The Holy Spirit has since led me to start the St Mary Of The Angels Charismatic Prayer Group, the Worthing Prayer Chair and various Spirit led church events. I'm supported by my wife Michelle and children Lily, Joseph, Matilda and Mabel. A professional Southern Rail commuter I'm forever grateful for the train prayer time.

Roger spends a lot of time "in the background" doing much of the technical stuff that keeps the station broadcasting.

Roger has a long term passion to "help others to enjoy themselves" so that audiences can get the best out of what they're listening to or watching. With many years experience on a variety of radio and audio projects, Roger currently manages one radio station and is helping to get Heavens Road FM out to the listeners. Mostly he "fiddles" with all the "techie" bits but can occasionally be heard behind the microphone doing some "live" presentation work.

When not managing or helping with radio stations, Roger helps to lead the music at his own church, St Joseph's in Shirebrook, Nottinghamshire where he plays guitar and sings with the church music group.  He also devotes some of his time to providing IT support and audio/video services to small businesses and he can also be found "in the mix" behind the decks running discos for local parties and events.

By continuing to use the site, you agree to the use of cookies. more information